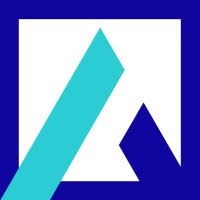 Skyward Specialty Insurance Group has completed its upsized Initial Public Offering, raising $134 million at a $588 million market capitalization. Its shares ended the week at $19.10 after opening at $15 (ticker SKWD).

The company, which has its head office in the Memorial City area, specializes in commercial property and casualty insurance. The company tries to target niche markets not well served by the mainstream carriers. For example, its Industry Solutions unit focuses on Construction, Energy and Specialty Trucking.

For the nine months ended September 2022, the company had net written premiums of $496 million. Its combined ratio (losses plus expenses) was 97.8% for 2021.

The company was formed in 2007 by Stephen Way. Mr. Wray formed the company shortly after he left HCC Insurance Holdings (which he also founded), a publicly-traded company. Like many companies at the time, HCC was caught using incorrect measurement dates for pricing stock options.  HCC was acquired by Tokio Marine in 2015.

Canadian firm Westaim took a 44% stake in the company in 2014 and in 2020 replaced Mr. Wray with Andrew Robinson as CEO. Shortly afterwards, the company changed its name from Houston International Insurance Group to Skyward Specialty Insurance Group. Mr. Wray is no longer on the board.

CFO Mark Haushill joined the company in 2015. He has been the CFO at two other publicly-traded insurance companies