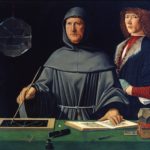 Noble Midstream Partners has appointed Thomas Christensen as the CFO of the General Partner. He was appointed interim CFO in July 2019 and has been the Chief Accounting Officer since August 2016.

Noble Midstream has a market cap of $960 million and is based in NW Houston. It was spun off from its parent company, Noble Energy, in September 2016.  That was when MLP partnerships going public was in vogue.

Noble Midstream Partners still gets 57% of its total revenues from Noble Energy, who still own a 45% partnership interest in them.

According to a report in Bloomberg in early August, The Williams Companies, based in Tulsa, and New York PE firm, Global Infrastructure Partners, are working on a possible offer for the company.

The previous CFO, John Bookout resigned to pursue another opportunity in July. He was followed out the door by CEO, Terry Gerhart, and COO, John Nicholson, the following month. They resigned on August 9 to ‘pursue other business opportunities’. Brent Smolik, currently the COO of Noble Energy, was appointed CEO of the General Partner.